TSG Two Generations of Design with Jeffrey and Brittany Haines

As Featured on The National Scout Guide Blog 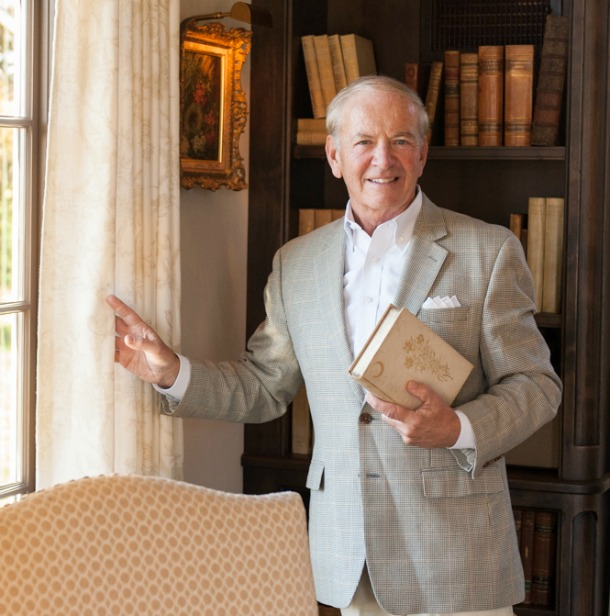 Jeff Haines in a recent project he completed for a client in New Jersey.
Photo by Thérèse Marie Wagner Photography.

The first thing you’ll notice about interior designer Jeffrey Haines is that his taste is impeccable. In photographs and in person, he is always sporting crisp, well-tailored attire that’s as beautiful and classic as the rooms in his portfolio. The second thing you’ll notice—and this will happen almost immediately—is that he is an incredibly proud father. Jeff, who lives in Northern New Jersey, where he runs his interior design firm and showroom, BUTLER’S OF FAR HILLS (he also owns a seasonal boutique and home decor shoppe on Nantucket, where he vacations in the summer, called The J. Butler Collection), is quick to steer a conversation in the direction of his three daughters.

With a career spanning more than three decades and clients up and down the east coast, Jeff’s passion for design is evident in his work—and in his offspring. During our last encounter, he produced a folder of images of a showcase that his daughter Brittany, founder and principal of the San Francisco-based design firm Authenticity B Designs, had recently participated in. Listening to Haines describe the space, Brittany’s inspiration, and his own show house experiences, we began to wonder about the existence of a design gene. So while both were in Nantucket together last summer we set up a time to casually chat and investigate the father-daughter design connection further.

From the start, our conversation seemed to reinforce the notion of a familial link, with Jeff citing Mark Hampton as one of his design icons. “I like his whole general style; I like his lifestyle, I like what he did. I found his work to always ring right with me,” Jeff explains. In addition to the fact that like Hampton, Jeff’s designs tend to lean toward a traditional, casually elegant look, it’s worth noting that Hampton’s daughter, Alexa, now runs Mark Hampton LLC and is herself a force in the design world. 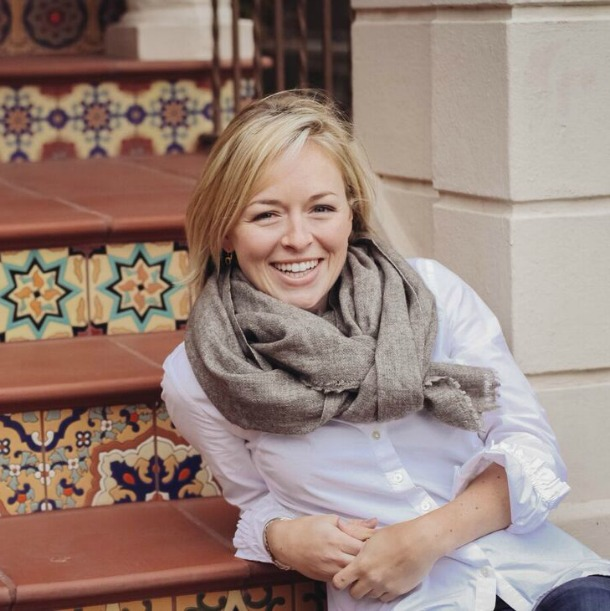 Brittany lists her father as her top design influence. (“You have to,” Jeff jokes.) Though the two don’t necessarily share the same style—Brittany’s is more modern and clean, with traditional touches here and there—seeing her father cultivate a business in which clients return repeatedly made a strong impression. “I think the biggest compliment a client could ever give you is to come back and want to work with you again,” she says.

Creatively, the two adhere to a philosophy that places an emphasis on designing spaces in which people want to live, where they’ll be comfortable and have the type of environment that reflects how they like to relax, entertain, and inhabit a place.

“IT REALLY TOUCHES YOU WHEN SOMEBODY SAYS, ‘YOU HAVE TOTALLY CHANGED OUR LIFE.’” - JEFFREY B. HAINES

In addition to her father, Brittany admires the work of designer Ilse Crawford, who is dedicated to putting human needs at the forefront in her work. Discussing Crawford’s recent book, A Frame for Life, Brittany says, “I appreciate it because it’s about creating spaces that are really about the humans that live within the space, and not about creating this flashy, showy, magazine page type of experience. It is very personable and her design focus really centers around the humans that are going to experience it and creating environments where they are going to feel most comfortable and thrive.” 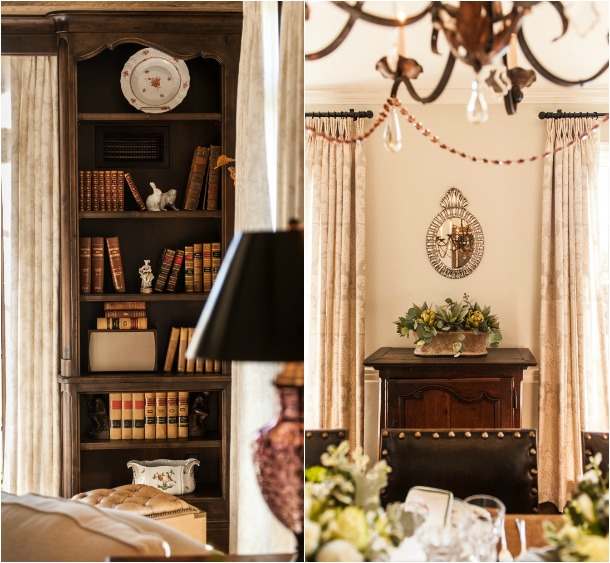 Jeff echoes Brittany’s sentiment. “Hopefully you hear ‘You have captured me more than I could even know myself,’” Jeff says, describing a client’s ideal response to an install. “I don’t unveil the project until we’re really ready, so it can be nerve-wracking. You think, ‘Did I capture them—their family, their particular lifestyle, their particular reason for coming?’ And then I go through my file again and think, ‘Where did we start talking in the beginning of this whole process?’ When somebody says, ‘You have totally changed our life,’ it really touches you.”

Observing the way her parents lived in and used their home when she was young influenced not only Brittany’s career path, but the way she approaches her projects today. “I think something that inspired me to become a designer was the experiences we had in our home as a family, with our friends and family and neighbors. I often start by asking clients, ‘Describe Christmas to me here…describe how you envision entertaining, or do you not entertain? Describe a Sunday here,’ rather than starting with ‘What’s your favorite color?’”

“I LEARNED FROM MY DAD THAT THE SPACE ISN’T JUST ABOUT WHAT YOU VISUALLY SEE, IT’S ABOUT ALL THE SENSES.” — BRITTANY HAINES

In addition to their commitment to creating lovely and livable environments, Jeff taught Brittany that spaces should be living and breathing. Light, texture, and sound are all important factors in their designs, which create a multi-sensory experience. By layering lights and using dimmers and candles to create ambiance, incorporating music (Jeff and Brittany are both musically inclined), and paying close attention to texture—both visually and in terms of how a fabric or material feels to the touch or under your feet—they make their spaces feel dynamic, organic, and alive. Involving actual living things into design also helps achieve this effect, and happens to be something Jeff has done frequently in the show houses he’s participated in, much to his daughters’ amusement.

Reminiscing about this, the two designers laughed as they recalled how often animals from Jeff’s show houses came to live at the Haines household. “He liked to put birds in the showcase room, or fish, always with beautiful colors,” Brittany remembers. “At the end of the show house, my sisters and I would say, ‘Well, dad, where are those going to go now?’ and he would say, ‘I don’t know, our house I guess?’” One year, following a show house in Princeton, beautiful yellow, blue, and green finches took up residence in the Haines’ sunroom, where for years they sang to their hearts’ content.

While designing a gentleman’s office for the 2015 San Francisco Decorators Showcase, Brittany took a page from her father’s playbook. “I took from my dad that the space isn’t just about what you visually see, it’s about all the senses of what’s living and breathing or what makes it come to life, especially when it’s a staged showcase. I incorporated music in my room, and everybody commented on it, saying ‘Oh, it feels like there’s so much life in here, I can really see myself living here.’ In our house growing up, we always had music on. It makes it feel more like a real home.”

“His Study” by Brittany Haines for the 2015 San Francisco Decorators Showcase.

In terms of where both designers find inspiration, evening strolls and tuning in to their surroundings factor into Jeff and Brittany’s ideas and influences.

“Wherever I might be, I just walk in the evenings,” Jeff says. “If I’m down in Palm Beach, I’ll walk Worth Avenue. If it’s Nantucket, I’ll walk down Main Street and be inspired by what’s happening with fashion, color, design, scale, details, details, details. That may even be on the golf course. One person said to me, ‘I’ve never played golf with anybody who can just stop in the middle and say, can you see the way that cloud and that lighthouse look together?’ And that might be a good or a bad thing for my game, but that’s sort of what I do, I’m always observing.”

House hunting with her parents on Nantucket when she was ten years old gave Brittany an early taste of what the design world might hold, and inspired inspiration-seeking evening excursions of her own. “I remember coming up here [to Nantucket] with them and we went to look at all of these different homes on the island. I remember hearing them envision what they wanted. I was taking it all in, inspired by it. As a kid I remember wanting to get on my bike at night, because at night you could see people around the table entertaining and enjoying their homes.” 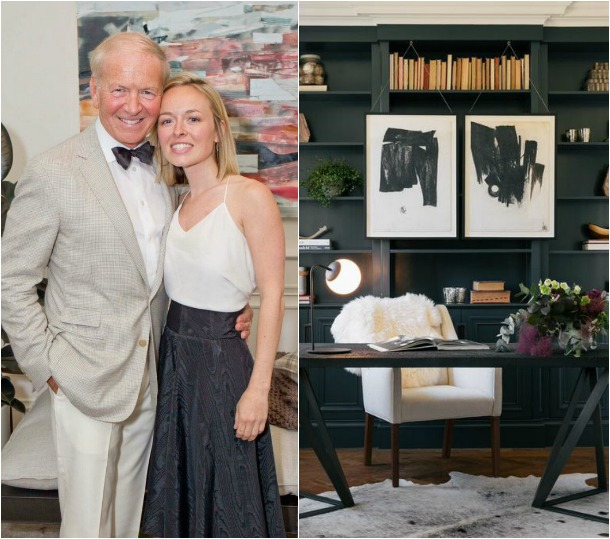 Jeff and Brittany Haines in the study she designed for the 2015 San Francisco Decorators Showcase.

Listening to the first- and second-generation designers discuss their current favorite trends and challenges—textural cement tiles for Brittany, finding a the perfect unifying white fabric for a modern-classic project for Jeff—the question of nature versus nurture dissolves into a simple appreciation for their bond over their mutual love of design, and the fact that they’ve both chosen a profession about which they are equally passionate.

We speak the same language, the language of design... we share the same passion, the passion for good style...and we are both inspired by beautiful places, things, and by each other. Brittany and I enjoyed speaking with The Scout Guide editor as she explored "Two Generations of Design."