A New Personality at the Bernards Inn 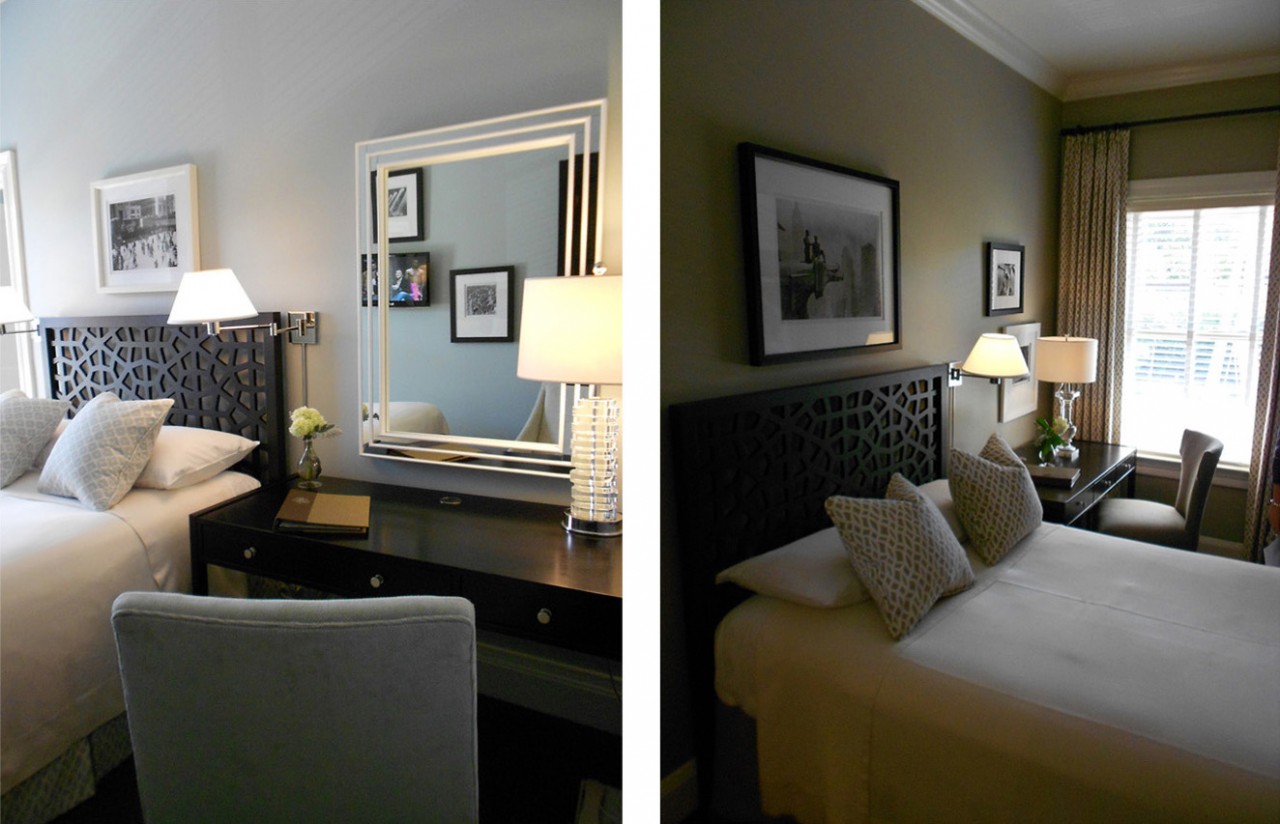 When I was selected by the Bernards Inn to reinvent and redesign the guest rooms at the Inn, I developed an intriguing vision for the rooms. My concept embraces the history of the Inn and its luxurious location in the Somerset Hills.  Each guest room is distinctive and inspired by the personality of one of the grand estates on the Bernardsville Mountain.  Appletrees, Overleigh, and Westover are completed and among these classic rooms.

In this next phase of work at the Inn I have continued my concept and recently unveiled two newly redesigned rooms at the Inn.  Metro 14 and Metro 15, embrace the modest scale of their room and might appeal to the “less is more” or business traveler.  The personality behind Metro 14 and Metro 15 is former Somerset Hills resident, Malcolm Forbes.  His colorful personality felt at home in his country home Timberfield, yet he embraced and thrived on the modern style and energy of the city.  His personality resonated with me in the way that he explored many avenues of interests and pushed the boundaries.

The newly renovated rooms are designed with a modern twist and are meant to exhibit city living.  The custom built and designed closets have no doors, the fabrics are clean and appeal to masculine and feminine, and the televisions are seamlessly integrated into the black and white modern wall décor.  The metropolitan third floor of the Inn still has more rooms to be redesigned and personalities yet to come forward.

An interesting story I have to share…it wasn’t until the last day of the installation that I walked into the hallway of the third floor and noticed a single book on the table.  It had a red cover and gold signature on the cover – “Malcolm Forbes” is all it read.  So whether I knew it or not Malcolm’s energy has been at the Inn all along just waiting to be featured.

No comments made yet. Be the first to submit a comment